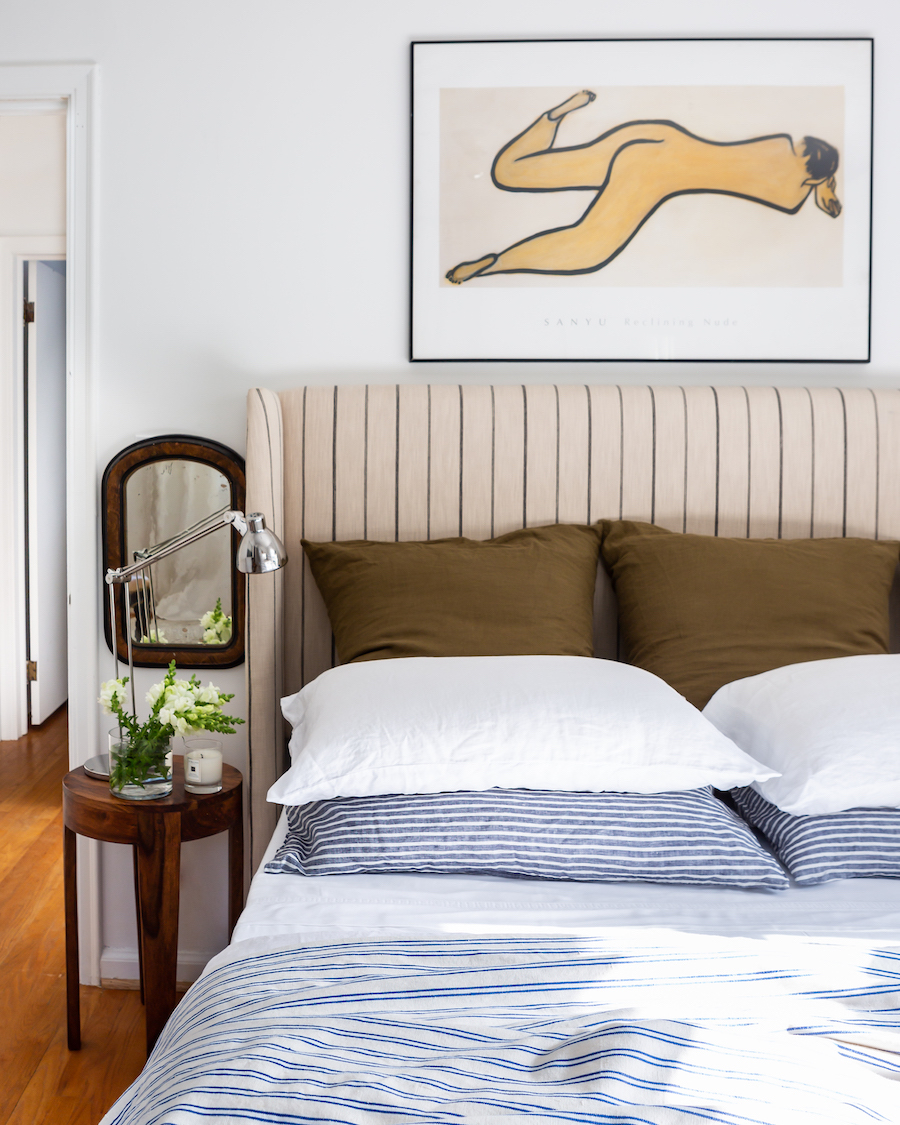 Creating a home with depth and visual interest requires a vast knowledge of patterns and how to marry them together for a cohesive look. Since there are hundreds of patterns out there today, it can be overwhelming to identify what you like and what you don’t. That’s why we created an approachable guide to help you get started, highlighting 8 popular interior design patterns you should know.

Discovering new pattern variations is one of our favorite parts of the job! Patterns are nothing to be afraid of—the right designs can speak to your personality, showcase a particular time period, and add that extra oomph to your home’s overall look and feel. So dive right in to our guide and see what sparks your interest!

Pinstripes, and really stripes in general, are one of the most timeless patterns we find in the design world. They’re versatile enough to appear in a maximalist’s home just as often as a minimalist’s space.

For a classic look, opt for black and white pinstripes for in-home upholstery. (Note: You will sometimes see pinstripe upholstery referred to as “ticking stripe”). A loveseat, ottoman, accent chair or bed looks exceptional in a pinstripe fabric, as does drapery and even bedding.

And for a unique and unexpected look, put pinstripes on your wall with wallpaper or paint!

Jacquard refers to how a pattern is woven into fabric rather than what the actual pattern itself looks like. For example, jacquard is any type of pattern or design that is created during the weaving process, rather than through embroidery, stamps or printing.

Often associated with luxury, jacquard is a more upscale type of pattern that is reserved for higher quality upholstery. It’s extremely common in traditional Victorian interiors, however many brands are applying the jacquard weaving technique in more modern designs.

The pattern world can get a bit convoluted. A commonly confused area is where gingham, check and plaid meet. Here is a general guide:

Gingham – A white background is overlaid in even squares with one solid color, and the same color in a semi-sheer shade. For example, the roman shade below is shown in a black gingham. Generally, gingham is a smaller-sized square design than check or plaid.

Check – A white background is overlaid in even squares with only one solid color, alternating each square between the two. The most traditional check pattern is called buffalo check which features red and black alternating squares.

Plaid – The most flexible of the three, plaid consists of horizontal and vertical lines intersecting perpendicularly. Plaid can include multiple colors in varying widths (square or varying sized rectangles).

Popular in bohemian and modern designs, geometric patterns come with tons of variety. You’ll see repetitive shapes with lots of symmetry but no shortage of color and contrast. While geometric patterns are not as timeless as others, they make for wonderful accents to add personality and flair to a room. We love to infuse geometric patterns into a room through throw pillows or blankets, hand or dish towels, and even with  rugs and entryway mats.

Chevron and herringbone are another commonly confused pattern for design newbies. And while these patterns are timeless, they appear more often in flooring and tiling over textiles and upholstery.

Chevron – As pictured in the flooring below, chevron planks (or tiles) are cut at 45 degree angles and are laid out in wide v-shaped patterns.

Herringbone – While this style also features a general wide v-shaped layout, planks or tiles are cut at 90 degree angles and “lock” into each other like puzzle pieces.  This pattern creates more of a subtle, softer look compared to chevron, which creates even more of a sharp angular effect.

Herringbone has been a popular pattern choice for centuries. It is often found as the floor pattern in Victorian and Parisian design styles, whereas chevron is a bit more modern—although we would argue that both patterns are timeless and classic!

What patterns do you feel drawn to?

Where in your home would you want to see them come to life? 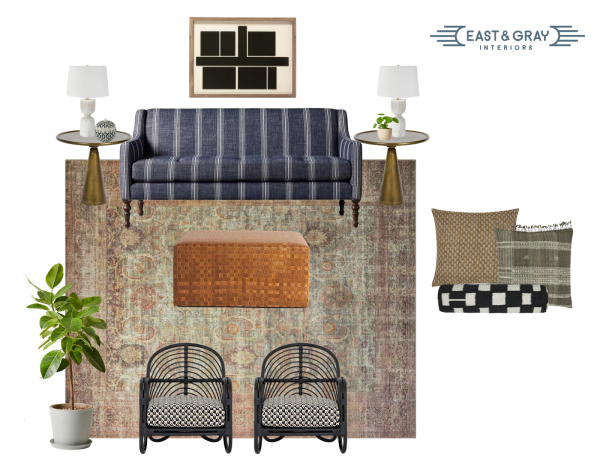 Traveling, animals, and all things design encompass Andrea’s life, fueling her creative energy every step of the way.